Turisme Llíria has today presented the 4th edition of “eMe, Early Music of Edeta. Historical Heritage and Ancient Music Festival of Llíria”. The Llíria City Council promotes this event within its membership of the UNESCO Creative Cities Network and through the MediterranewMusix tourism-music brand that is included in the collaboration agreement with Turisme Comunitat Valenciana.

The eMe 2022 commemorates the European Day of Early Music, March 21, with a program of concerts that will be held from March 25 to 27.

The mayor of Tourism, Paco García, wanted to highlight that this fourth edition of the festival, “which also wants to serve to ask for peace in Ukraine, will be dedicated to the Ukrainian city of Kharkiv, also a UNESCO City of Music, which has been bombed in the war, and whose musicians and creators have suffered many casualties and whose musical and artistic infrastructures have been devastated”.

On the other hand, “the eMe has the collaboration of another city of the UNESCO Network. The Spanish from Seville will contribute the musical group Accademia del Piacere, one of the most prestigious baroque music formations in the world and that will offer the show entitled ‘Las Violas de Norte y Sur’, explained the councilor.

This group is directed by the Syrian cellist Fahmi Alqhai who is, in turn, director of one of the most prestigious early music festivals in the world, the FeMÂS in Seville. This concert, scheduled for Sunday, March 27, at 8:00 p.m., has the collaboration of the Department of Culture of the City Council of Llíria and the Valencian Institute of Culture of the Generalitat Valenciana.

The “Festival of Historic Heritage and Ancient Music of Llíria” will take place in the Iglesia de la Sangre, a spectacular temple of Gothic architecture from the 13th century, declared a National Monument. The event will open on Friday, March 25, at 8:00 p.m., with the performance “Trazos de Ministriles” by Ministriles de Marsias. This prestigious musical group specializing in Renaissance music has, among its ranks, the musician born in Llíria Simeó Galduf, one of the best trombonists in Spain. This concert has the support of the National Institute of Performing Arts and Music of the Government of Spain.

The cycle of concerts will continue on Saturday, March 26, at 10:00 p.m., with a live performance by the Madrid group Ensemble Musicantes, a quartet specialized in medieval music that will present the program “Los Colores del Medievo” through which they will review the music practiced in the Iberian Peninsula in the Middle Ages of Christian, Muslim and Jewish tradition. In this way, “the Gothic-Mudejar coffered ceiling that covers the church where the concerts are held will be valued. We are talking about an artistic work of incalculable value where troubadours and minstrels are portrayed interpreting contemporary music that will be played that night”, Paco García pointed out.

Tickets to attend the “eMe, Early Music of Edeta. Festival de Patrimoni Històric i Música Antiga de Llíria” 2022 can be purchased, at the price of 3 euros, on the Llíria App and on the municipal website. 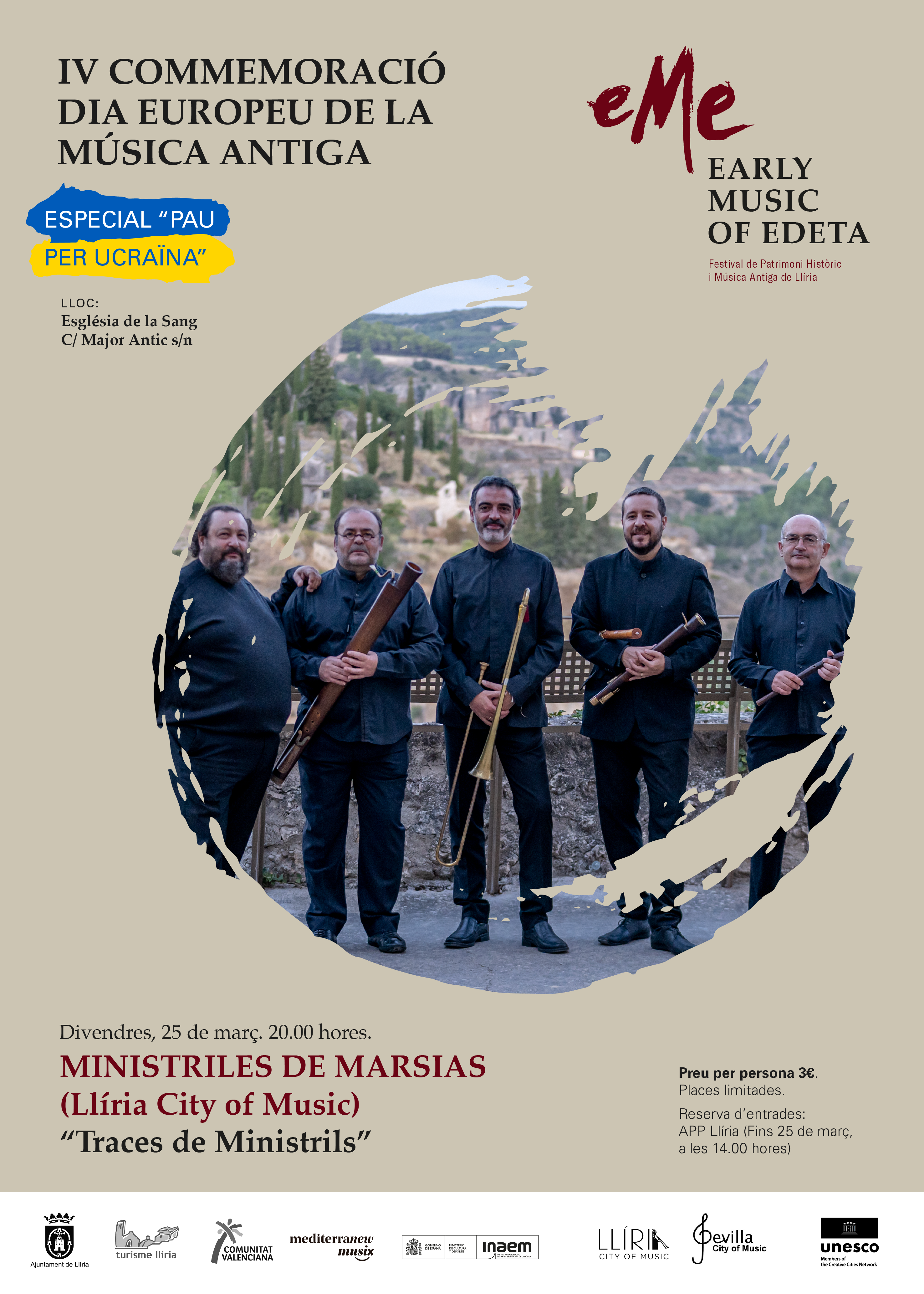 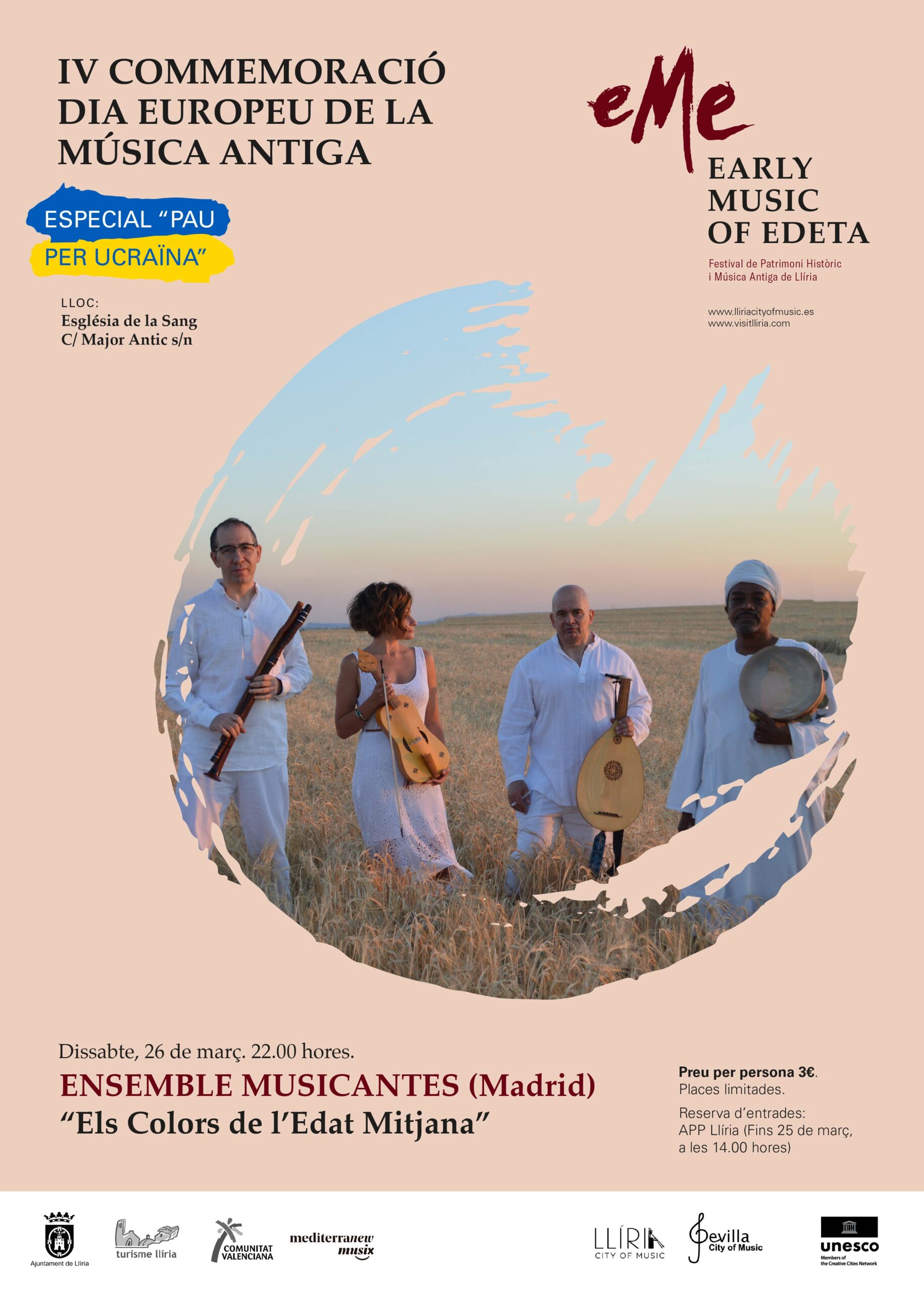 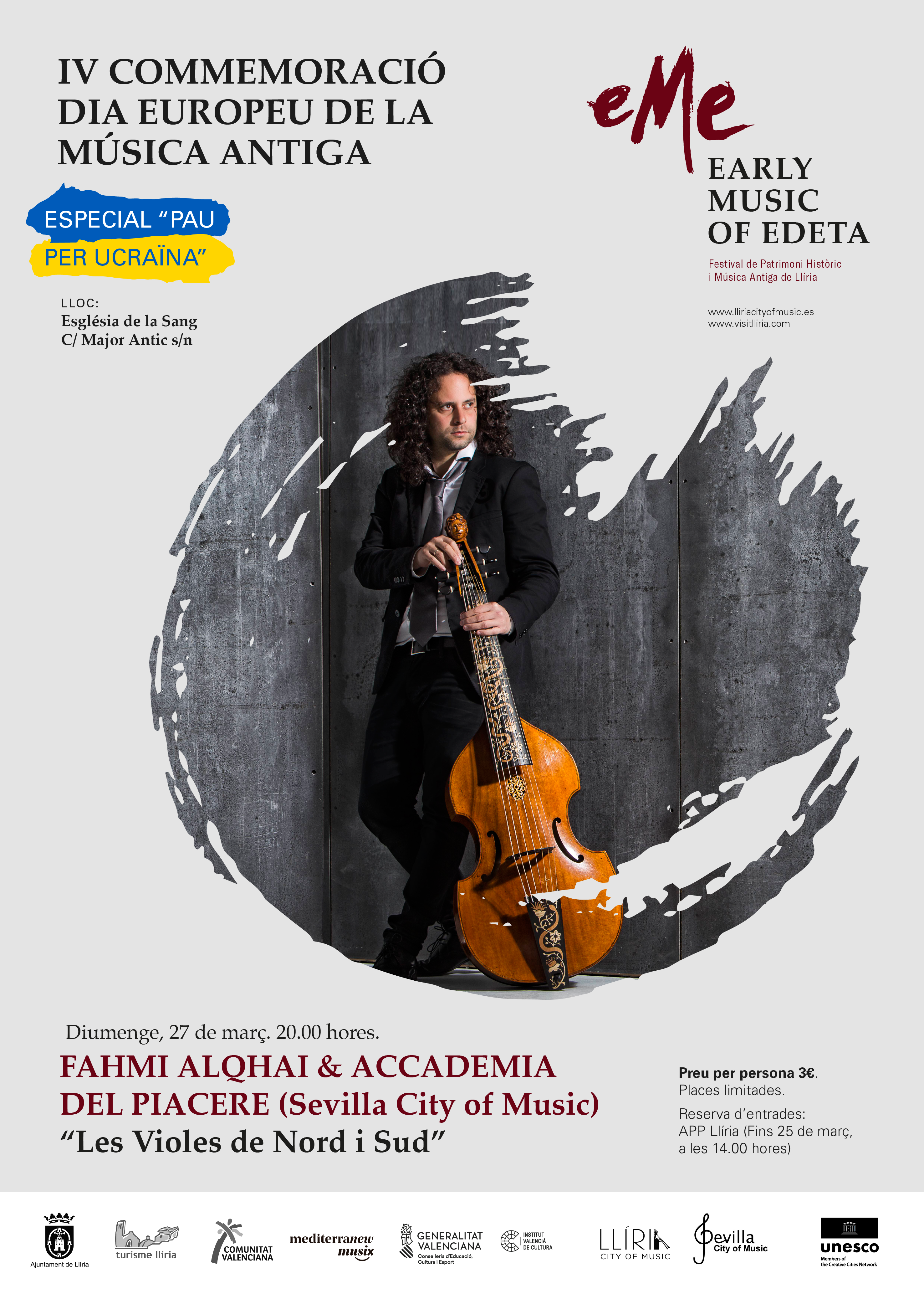